For bloggers who’re familiar with Weebly, it’s been an excellent platform to blog from for years. Several blogging colleagues and I affectionately referred to it as the Weeblyhood and some of our sites there house loads of content as well as on-line gift shops.

Weebly’s drag-n-drop editor’s dashboard was simple to use. We had beautiful graphics and loads of options with our content design.

Their pro version was pricey and in my case, I kept it for several years, but realized the only difference I was getting out of the pro-version was an in-site search option. At one point I decided it wasn’t worth it and installed an independent gadget for it myself.

Back in 2018, a change occurred, and for bloggers, it hasn’t turned out to be a good one. Square acquired Weebly.

Things rolled along well for a while and then, recently, Square’s ownership became official. Weebly users had to make a new account with square. They asked all sorts of questions about marketing, merchandise, shopping carts. They didn’t ask a single question that pertained to the bloggers, but they did ask for Social Security numbers, at least from the Canadian users.

A few weeks prior to the requirement of establishing a new account with Square, my blogging pals and I noticed that our posts, although set to auto-publish on certain dates and at certain times, failed to post. We had to check each one and had to resort to manual publishing. Manual publishing isn’t difficult but most of us have other tasks to handle and stopping the work-flow to check and make sure our posts published was an interruption we weren’t happy with. The auto-publish feature was a set it and forget it tool that many of us counted on to work the way it always had since the feature was added.

After a few weeks, the auto-publish feature began working again, yet in a broken fashion. It only published the headline, not the post content. Once more, we had to go back into the editor, and update the published post to show the whole article.

All these issues were difficult to address and get help with because the ace customer service techs, who used to help us via telephone or online chat, aren’t available any longer. Now, there’s only email to report problems, and when we get a response, sometimes the info is incorrect.

And so, after about two months, I and one of my close friends and blogging colleagues, have implemented a migration.

Blogger was home to my first two, pro-blogging sites. And, I actually generated income there, with Google Adsense, better than any other blogging platform.

Their editor’s dashboard (or user interface) has changed since I last worked with the platform, but after two weeks of getting re-acquainted with Blogger’s interface, working with the new platform is getting easier.

We don’t have the fancy graphic options with Blogger that we had with Weebly, yet, what we have works more than well enough. We also have the loads of included widgets and tools that are included with every Blogger website. The search tool, for example, is included. I don’t have to pay $100+ annual for it. Blogger also provides their own web hosting. It never failed me before and I’m not expecting it to now.

After getting the site established, it feels like I’m back home again and looking forward to migrating the rest of my content from Squaresville. Getting it all moved is gonna take some time, but it’s already worth it.

So, this is my official debut post from Blogger and I’m hoping other bloggers who’re disappointed and have trouble with the Weebly-to-Square techno-failures, will consider Blogger as a viable alternative for folks who are all about blogging and vlogging, rather than a lazer-light show and pages of linked-merchandise. 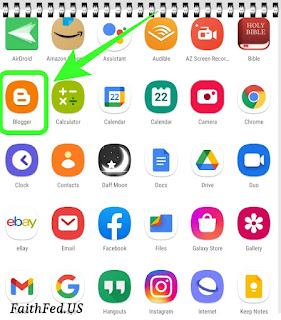 This week’s featured video is one of the most recent inclusions in my growing YouTube series called Chillaxers. The vids are intentional ASMR (autonomous sensory meridian response)

productions, and I’m brand new in making this sort of content, but having a great time producing them.

I’m a total novice with most aspects of art but, everyone has to start somewhere. I’m also also hoping the vids will inspire creativity in others.